Romelu Lukaku has played in England for over 8 years but after news emerging this week, it may not be much longer. In this time, Lukaku has played for four different Premier League clubs; Chelsea, West Bromwich Albion, Everton and Manchester United… where he is currently at.

In the 252 appearances he has made in England’s top flight, the Belgium has found the back of the net 113 times, one of only 28 players to have scored over 100 Premier League goals!

A large proportion of his goals came at Everton (68), between 2013 and 2017. In his last season on Merseyside, Lukaku became the first Everton player in 31 years to surpass 20 league goals and was rightfully granted a spot in the PFA Team of the Year. 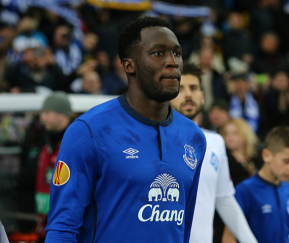 These numbers certainly didn’t go unnoticed as Lukaku was attracting interest from many other Premier League clubs. It was to be the red side of Manchester to secure Lukaku’s signature, an undisclosed fee that was rumoured to be around £75,000,000 with add-ons.

After only started 22 league games last campaign and featuring an additional 10 times as a substitute, Lukaku only produced 12 goals in the 2018/19 season, joint at 16th place in the standings.

With the Belgian forward being often the second-choice option for Ole Gunnar Solskjær, it seems relatively likely that he will be playing football elsewhere next season. Inter Milan are one of the candidates who have openly expressed their interest to bring Lukaku to Italy. The deal proposes a two-year loan move with the option to buy.

With this being said, let’s look at some of the reasons why Lukaku is better often in England…

In terms of what Lukaku brings as a forward, he is perfectly suited to the Premier League. His pace and physicality are both attributes that have heavily contributed to his list of goals, something not as crucial in foreign leagues.

One characteristic that has left a lot to be desired of from Lukaku is his first touch and close control in and around the final third.

In the big games where United have limited possession, the centre forward’s role is to hold up possession and bring other players into play… something Lukaku has been criticised of.

One of the main reasons why the Belgian was a success at Everton was because he played as a lone striker and was seen in the dressing room as the ‘main man’. In contrast to that at Inter, Lukaku will be expected to play alongside club captain, Mauro Icardi where he’ll no longer be viewed as the main source of goals. Due to their style of play, Lukaku will not enjoy as many searching passes in behind, minimising his goal threat.

In terms of the Premier League, there are many other clubs that would welcome Lukaku’s services with open arms, regardless of whether it would be viewed as a ‘step down’ for the Belgian.

All be it that Marco Silva seems to have has his striking situation sorted in Richarlison, there is no doubt that a return for Lukaku would improve Everton’s bid in trying to seriously challenge the top 6.

For Everton to accommodate Lukaku, they would have to play Richarlison on the wing however, this isn’t as big of an issue as it sounds as he featured both on the right and left regularly throughout the season.

Another team that could more than benefit from Lukaku would be Leicester City. The 2015/16 Premier League champions have had Jamie Vardy leading the line for the past few years however, at 32 years of age, you have to ask the question as to how long he has left?

With James Maddison creating the most chances in the league last season at 74, there’s no doubt that Lukaku would shine with the assistance of Madders behind him.

Another option that hasn’t been yet explored is for him to stay at United! As he earns an estimated £200,000 per week, there is no reason why Lukaku has to leave the Red Devils, especially with three years left on his contract.

Where do you think Lukaku will end up next season?

View all posts by butterworthmatt