Paul Pogba was Manchester United’s top scorer and has provided the most assists for The
Red Devils in the Premier League this season. In fact, the Frenchman has a higher total of
both goals and assists than Marcus Rashford and Jesse Lingard combined.

So why has Pogba been under scrutiny of late… and why is that justified?

THAT video of Pogba being antagonised and shouted at by his own fans on Sunday after
United’s embarrassing 2-0 home defeat to relegated Cardiff went viral, with some United
fans claiming it was uncalled for. However, in my opinion was totally justified. Whilst some fans are keen to argue that Pogba has been United’s best player, pointing out his stats. Is that not just more reason to be frustrated with the French World Cup winner after seeing what he’s capable of? Or has he just been the best of a bad bunch this season?

Pogba had a slow start in the league with just 2 goals and 3 assists in the Premier League up until mid-December. Rumours then started circling about manager Jose Mourinho and Pogba’s displeasure at the Portuguese boss’ leadership. If reports are to be believed, Pogba was a huge factor in Mourinho’s departure; his discontentment causing unrest in the dressing room with the Frenchman being such an influential figure and looked up to by the likes of Lingard and Rashford. 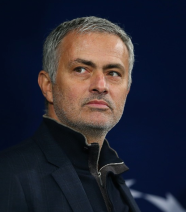 After poor results, Mourinho was subsequently fired as Manchester United manager. and replaced by Ole Gunnar Solskjaer. Ole took the wheel midway through December and the Mourinho cloud looked to have faded away from Old Trafford and Pogba. Fans and pundits alike were seeing an improved Pogba, with the shackles seemingly off. The 26-year old midfielder went on a run of assisting and scoring for fun, with 7 assists and 9 goals in his next 13 matches in all competitions. Pogba was a spearhead for United’s charge to join the hunt for the top 4 (which looked unlikely under Mourinho), magical Champions League triumph over PSG and impressive FA Cup away wins against Arsenal and Chelsea.

The performances in this spell showed exactly why Paul Pogba is regarded as a world class midfielder and rated as one of the best centre midfielders in the league and the world. This period showed the performances Pogba is capable of when he puts the effort in, and United fans were loving every second.

Then, around the same time Zinedine Zidane was re-appointed as Real Madrid manager,
Pogba’s performances started to dip. Every player has spells where they are out of form and don’t perform their best. However, this was more than just a few games for Paul Pogba since at least March. His body language, work rate and effort have all deteriorated since then and United’s season has suffered because of this.

Whether this is to do with speculation linking Pogba to Madrid, as well as Zidane’s praise for United’s number six, and the dropping of hints about a future transfer remains to be seen. The run United went on at the start of Solskaer’s reign was largely down to Pogba’s world class form and his impact on the team, but he has been almost absent when United needed a leader to perform during this recent barren spell.

At this moment in time Pogba does not look like and isn’t playing as though he wants to be at United. Especially after he admitted that playing for Madrid would
be ‘a dream’. Many fans argue that Pogba shouldn’t take all the blame for the recent torrid run and I agree, but he is looked at as a leader of the team and should take a lot of the responsibility.

Players such as Lingard and Rashford follow him and his behaviour has an impact immensely on the dressing room. It could also be argued that Pogba was at fault for the second goal in Cardiff’s 2-0 humiliation at Old Trafford; showing a lack of effort and discipline to stay close to his marker who went on to provide the assist.

United need examples and on the pitch for other players to follow, and Pogba does not lead the team on the pitch despite being influential off it.

Fans pay hard earned money to support their team so should have their voices heard when they don’t like what they see. After all, it is the fans that are funding his mega wages. United are the biggest club in England and players should play for that historic crest on their chest every 90 minutes.

In recent months Pogba’s lackadaisical performances haven’t showed that in the slightest. Compare Pogba’s treatment by fans with that of Ander Herrera.

Spaniard, Herrera was serenaded by United fans as they applauded a player that showed
passion and gave his all for the badge on the pitch every game. The abuse to Pogba on
Sunday was quite excessive and contained plenty of expletives, possibly overstepping the
mark, however, I think the fans have every right to tell Pogba his performances aren’t good enough. Especially now Pogba can’t blame Solskjaer now in the same way Mourinho was apparently at fault.

United need a big overhaul in the summer and if they can receive a big sum of money for Pogba, I would take it as it would appear Pogba doesn’t see his future in Manchester.

Either that or he just simply lacks the discipline and commitment to be a Man United player.