With the quarter-finals of the Champions League wrapped up, Ajax Amsterdam FC will feel they have a huge opportunity to lift Europe’s prestigious competition for the fifth time in the club’s history.

When the quarter final draw was made many would have wished for Ajax, thinking they would be a pushover. But after beating the reigning champions, Real Madrid in the round of 16, they beat one of the favourites to win the tournament.

In a week, where arguably the best player, Lionel Messi, knocked out Manchester United with a brace in a 3-0 victory. Followed by VAR controversy in the all English affair between Manchester City and Tottenham. Liverpool were comfortable winners against FC Porto.

However, the young guns of Ajax beat the old lady, Juventus, in Turin, 2-1. In a game which many would have predicted another Cristiano Ronaldo masterclass, after his switch from Real Madrid this season was to guide Juventus to their first Champions League title since defeating Ajax in the 1996 final.

Ajax have been known to have some of the world’s greats play for them over
the years, such as: Johan Cruyff, Clarence Seedorf, Edwin Van Der Sar, Zlatan Ibrahimović and many more famous names. The Dutch team are sitting joint top of the league with four games left, only ahead by goal difference. They are also already qualified for next year’s Champions League holding an unassailable 18-point gap to third place Feyenoord.

The starting XI of Ajax cost a total of around £45 million, under half of the £105million pound shed out for Ronaldo. The team that consists of both youth and experience with their most expensive transfer being the signing of Daley Blind, son of Danny, from Manchester United have what it takes to become the champions. André Onana, the Cameroonian keeper with quick reflexes, is proving to be one of the strongest keepers in the competition having made 34 saves in ten games conceding only at a rate of one goal per game.

Although lining up in front of him stands one of Europe’s promising centre
backs alongside Blind, is Matthijs De Ligt, the 19-year-old centre back who is
captain of the club also lies alongside Virgil Van Dijk for Netherlands producing
the best European centre back pairings this season. Ajax also have pace in Argentine fullback Nicolás Tagliafico and a player who isn’t afraid to get forward and has proved this, scoring three goals in eight
games.

Frenkie De Jong, who signed for €1, will join Barcelona at the end of the season
after agreeing a deal worth £65 million. He could play his new team in the
final, should they get there. The defensive midfielder aged 21, has played nine
games in which he has a 90% passing accuracy and made 62 ball recoveries, he
is an ideal replacement for the ageing Sergio Busquets. In more attacking positions 22-year-old Brazilian David Neres and 26-year-old Moroccan Hakim Ziyech are the playmakers in the side, with the later having played nine games with two goals and two assists he still holds an impressive 74% passing accuracy. Neres has played one extra game matching both goals and assists holding a 79% passing accuracy.
Former Southampton striker Dušan Tadić, who joined for around £10 million,
leads the line with his prolific attributes playing a vital part through the
competition. The Serbian has netted six goals, producing four assists in his ten
games in the competition. With 21-year-old Denmark striker Kasper Dolberg
waiting in the wings. 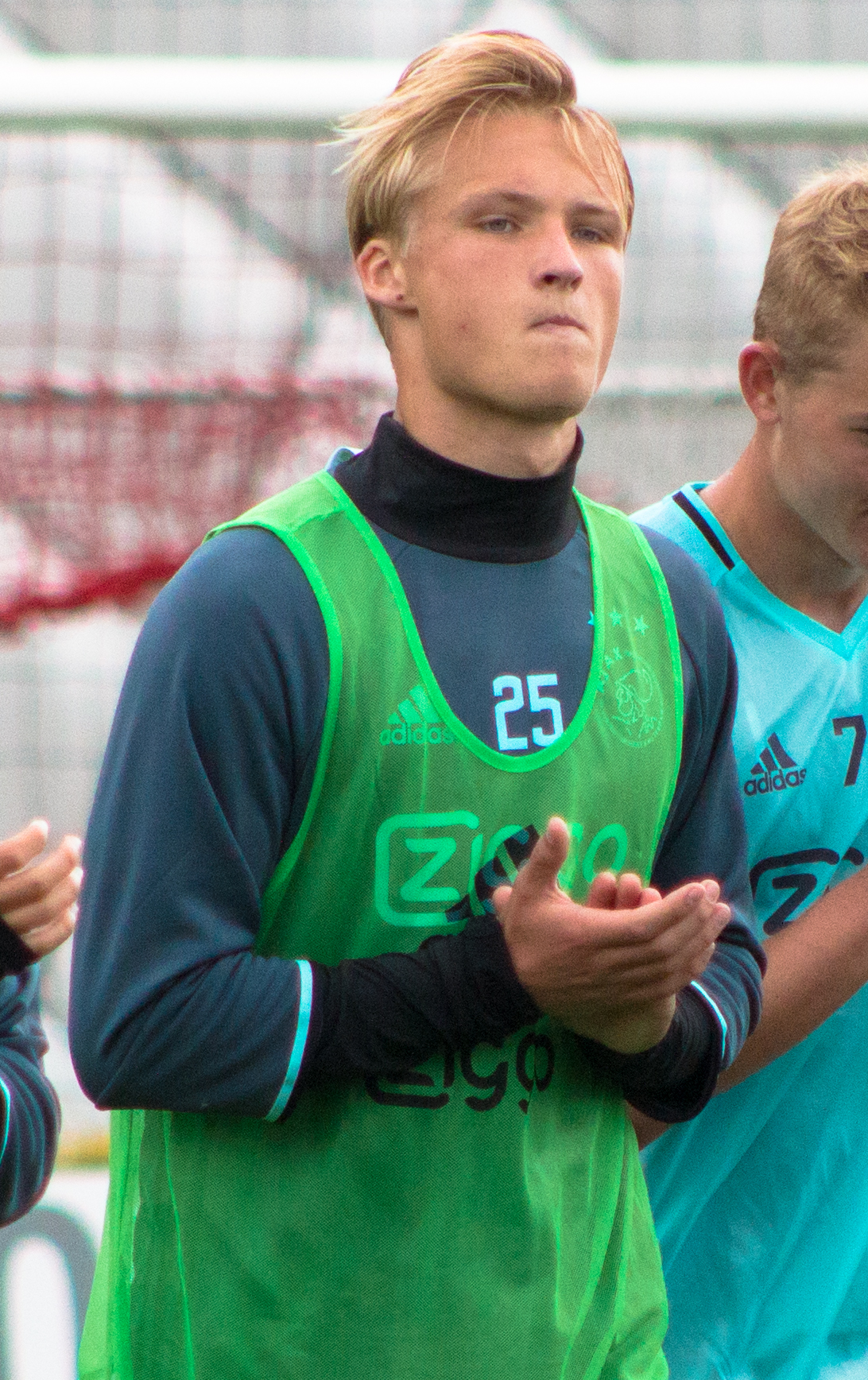 Having lost the 2017 Europa League Final to Manchester United, they will be
hoping to defy the odds, as they continue to thrive on the underdogs.
Although, should the victory come their way. What may follow could be
football giants picking apart the Squad for big money.