Only four players have directly contributed to 30 or more goals across Europe’s top five leagues this season. One of them is LOSC Lille’s Nicolas Pépé.
Other players on that list include Barcelona’s miracle man Lionel Messi, Sampdoria’s veteran marksman Fabio Quagliarella and Paris Saint-Germain’s Kylian Mbappe. However, unlike PSG’s teenage sensation Mbappe, Nicolas Pépé is the only player in the French Ligue 1 that has reached double figures in both goals and assists this season; with an outstanding tally of 19 goals and 13 assists this season.
A lighting quick right-winger that can dance past defenders with ease and likes to cut inside on his strong left foot and make clinical passes, Pépé has been in fine form this season. His recent performance against PSG was the perfect example of that, with 23-year old Pépé scoring once as well as claiming two assists to condemn the French champions to a 5-1 thrashing. The staggering defeat was the first time since the year 2000 that PSG had conceded five goals in a league game, with Pépé being named Man of The Match. Lille have surprised everybody this season as they sit second in the league table, eight points above Lyon in third. Pépé has been a driving force behind Lille’s remarkable season, shown through the Ivory Coast international directly participating in 59% of all their league goals this season. 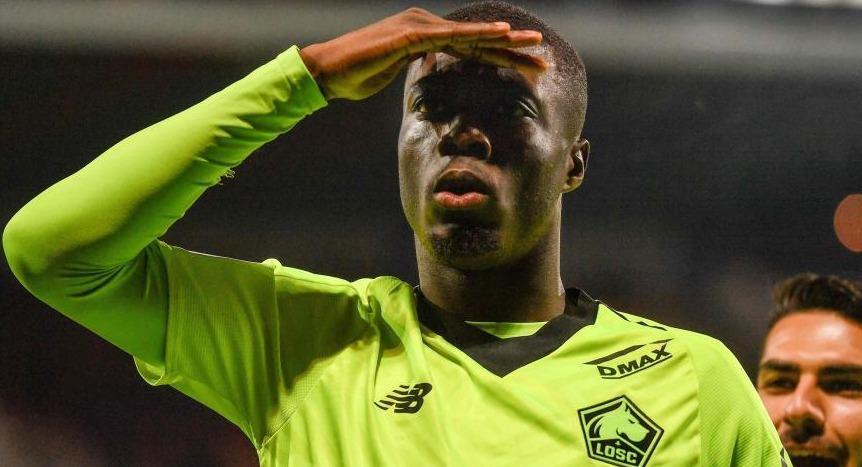 Therefore, it comes as no surprise that some of the top teams from around Europe have been rumoured to fancy a move for the Ivorian attacker. PSG and Bayern Munich are rumoured to be the front runners for the Lille number nineteen’s signature, but there is also reported interest from the Premier League too. Arsenal have been linked with Pépé as well as Manchester United, whilst the rumour mill is also suggesting Chelsea could snap him up to replace the outgoing Eden Hazard if he decides to leave for Real Madrid.
Pépé looks certain to emulate the footsteps of Hazard, as Lille are expected to cash in on their star player. Club president Gerard Lopez said recently, “I would say, it is sure he will leave. He enters a
price range that can no longer be paid. There is a career choice for him to make. I think he will have the choice.”
Nicolas Pépé has lit up the French Ligue 1 this season with his talent, and the 23-year old still has bags of potential. With his rapid pace, skills and trickery combined with his eye for a pass, Pépé would be a terrific signing for Bayern, PSG or any of the big names that are keeping an eye on him. So, which one of Europe’s elite will sign him in the summer?