In case you’ve been living under a rock for the past few months and didn’t know by now: Ole’s at the wheel! Things have been going extremely well for Ole Gunnar Solskjaer since he took over at Manchester United; a shock triumph over Paris Saint-Germain in the Champions League as well as winning 11 of his 14 Premier League games that included that away win against Tottenham. But whilst many have argued that he has got United back to their old dominant self, the squad is still left with scars from the previous managers. This was shown in the recent defeats to Arsenal and Wolves, indicating that there is still a lot of rebuilding needed from Solskjaer and the United board if they are to challenge for a first Premier League title since 2013. Here’s who Man United need to sign in order to wheel Ole and United into contention for Premier League gold… 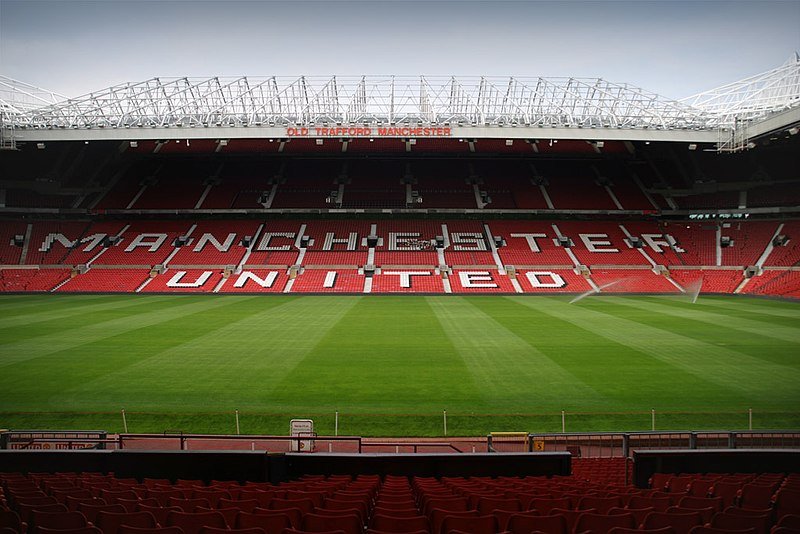 Solskjaer has already said that United will be busy in the transfer market since being given the job on a permanent basis, and that he hopes to bring in new players before pre-season. But where should United look to improve?

There’s no denying that David De Gea is one of, if not the best goalkeeper on the planet, so if he was to leave it would be a huge blow. However, this summer the De Gea transfer merry-go-round is back up and running as strong reports are linking him to the likes of PSG and Real Madrid. If this annual saga is sorted once and for all with De Gea going, United may want to look to bring in a world class ‘keeper such as Atletico Madrid’s Jan Oblak. Alternatively, The Red Devils have several world class goalkeepers at the club such as Argentina number one Sergio Romero.

Ashley Young has been United’s first choice at right-back this season although this should be addressed in the summer. Young is now 33 years of age and his performances this season have showed that, with sloppy mistakes that have cost United numerous times such as the red card recently against Wolves. There are plenty of names United can chase in the summer to fill Young’s position and provide good competition for 20-year-old right back Diogo Dalot. Aaron Wan-Bissaka is the prime candidate and who United should target. Wan-Bissaka is an exceptional talent with Premier League experience at Crystal Palace. AWB has won more tackles than any other player in Europe’s top 5 leagues, a remarkable stat considering that it is more than most of the best midfielder’s in the world, despite playing right-back.

A commanding and reliable central defender is another purchase Man United should look to make. Victor Lindelof has been a terrific performer since before Solskjaer took over however the likes of Phil Jones and Chris Smalling aren’t a worthy partner and are susceptible to errors. Napoli’s Kalidou Koulibaly is the name on every United’s fans lips and with good reason. The Senegalese defender is a colossal in Serie A and has proved it in the Champions League this season, demonstrating his great strength, expert defensive play and his ability to surge into attack from the back. Milan Škriniar and Raphael Varane are also worthy candidates but Koulibaly is the leader United need.

A defensive midfielder who can help create attacks from deep should also be on the radar. Ruben Neves is perfect for this role and who United should pursue. The Portuguese has shown his talent time and time again for Wolves for the last two seasons, including against United. Neves’ superb passing skills and technical ability make would be great addition to the midfield, replacing an aging Nemanja Matic.

With the possible departure of Ander Herrera, United will need a central midfielder to replace him. Lyon’s Tanguy Ndombele has it all. A tenacious box to box midfielder that gets back and wins the ball as well as using his pace and energy to create chances. Even if Herrera decides to stay, Ndombele would be an improvement in an important position.
Paul Pogba has been given license to get forward and attack under Solskjaer and it has seen him show what he is capable of. However, Pogba has still not shown it enough- especially after rumours surfaced over a move to Zinedine Zidane’s Real Madrid. United should look for other options in a central midfield role as the inconsistency of the French midfielder has also affected United’s campaign- with one-week Pogba delivering with a nine out-of-ten performance and then being essenially absent in the next game. With the money united could acquire from cashing in, they should look to replace Pogba with a consistent performer – such as Sporting Lisbon’s Bruno Fernandes. Fernandes is an exceptional, technical midfielder that likes to attack but also gets back and helps his team. On average, Fernandes has been directly involved in a goal per game, gaining plaudits that have likened him to Portuguese legend Rui Costa. If signed, United fans will be hoping the 24-year old can replicate the success of former superstar Cristiano Ronaldo who excelled at Old Trafford following his move from Sporting in 2003.

Ole Gunnar Solskjaer has deployed Jesse Lingard, Juan Mata and Romelu Lukaku on the right so far this season to make up for there being no recognised right winger at the club. The reds are likely to finally address that in the summer and have been linked with the likes of Gareth Bale and Callum Hudson-Odoi. One name United have been extensively linked to is Borussia Dortmund’s Jadon Sancho. The London born winger has impressed many this season, lighting up the German Bundesliga, earning him an England call-up. Sancho would certainly be a fantastic addition to the team with his pace, dribbling and trickery that can cause problems for any defender, not to mention the potential partnership with fellow English youngster Marcus Rashford.

Can Woodward and Solskjaer bring glory back to Old Trafford?

Executive vice-chairman Ed Woodward has come under scrutiny in previous windows for the signings or lack of signings that United have made. But now, with club legend Ole behind the wheel and signings promised to the United faithful, can The Red Devils spend wisely and possibly steer themselves closer to competing with the likes of Liverpool and Man City for the title with the addition of world class talent? So far under Ole they’ve been going in the right direction, but improvements to the squad will certainly improve their chances.