Sitting seventh in the Premier League table and into an FA Cup semi final for the first time since 1998, impressive is just one of the words you could use to describe Wolverhampton Wanderers this season.

Nuno Espirito Santo’s wolf pack have lit up the Premier League in their first season back in the top flight, after winning the EFL Championship last year. The Wanderers have notched up a remarkable 13 points from 10 games against England’s so called ‘Big Six’ teams, including big wins away to Tottenham at Wembley and at home versus Chelsea and Manchester United at Molineux. But how have they managed to go from challenging for the Championship to a Champions League place? And what should potential prey fear?

Portuguese super-agent Jorge Mendes has some of the biggest clients in football such as Cristiano Ronaldo and Jose Mourinho. He advised Chinese conglomerate Fosun International when they bought Wolves for £45m in July 2016, after they were encouraged by a desire from China’s President Xi Jinping to have more Chinese involvement in European football. Mendes has since helped bring some immense talent to Molineux. After gaining promotion with their title triumph, Mendes and Wolves acquired players not just to stay in the league but to propel them up the table. A European Championship winning number one Goalkeeper Rui Patricio arrived from Sporting Lisbon for €18 million. Fellow Portuguese star Joao Moutinho arrived from AS Monaco for the bargain price of just €5.6 million and has been a star midfielder for the Midlands club this season.

The ambition of the club was also shown in the acquisition of players from some of the biggest clubs in the world; Diogo Jota (€14 million) and Johnny Otto (initial loan that was made permanent in January) arrived from Atletico Madrid whilst Wily Boly (€12 million) made the permanent switch from FC Porto. After a successful season back in the Premier League, who knows what big money deals Mendes and Wolves could make in the summer. 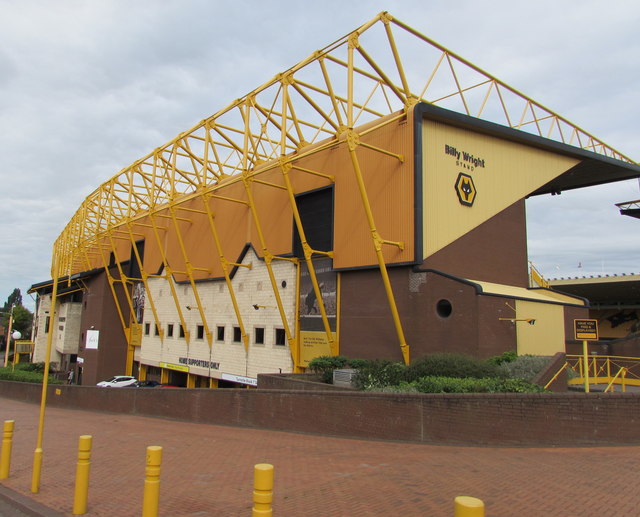 Wolves have been renowned for their set up ever since Espirito Santo took over nearly 2 years ago.

The five-at-the-back formation when defending, that transitions into three centre backs with aggressive wing backs when attacking, was an ever present in their 2017/18 campaign which saw them win the Championship title with two games to spare.

The wing-backs are very successful part of the Wolves system, with Jonny on the left and Matt Doherty on the right being the usual set up. The full-backs love to get up the pitch and attack the opposition. This is highlighted by Doherty’s three Premier League goals – no full back in the league has more this season.

Whilst usually operating with two central midfielders with three attackers in the Championship and dominating the ball, Espirito Santo has tweaked his set up to deal with the higher quality of the Premier League. An extra man was added in the midfield to allow them to get a foot hold in the battle for possession against stronger opposition as oppose to getting overran, whilst still leaving two strikers up front. The extra body has also enabled Portuguese playmaker Joao Moutinho to play as a more advanced midfielder whilst in the midfield typically alongside Ruben Neves and Leandro Dendoncker. The regular front two of Diogo Jota and Raul Jiminez look to press the back the line and have incredible link up play on the ball.

Ruben Neves was a surprise signing when he joined Wolves from Porto in July 2017. The Portuguese midfielder was sought after by some of the biggest clubs in Europe, after being the youngest ever captain to start a Champions League game when he took the armband for Porto in 2015.

The 22-year old usually operates as a deep lying playmaker for in midfield for Wolves, creating attacks with his terrific passing skills from a defensive midfield position. Neves can also be a huge threat from range and has scored many screamers from distance for Wolves that include incredible volley against Derby County in April 2018; taking a touch and smashing the volley in on the turn. 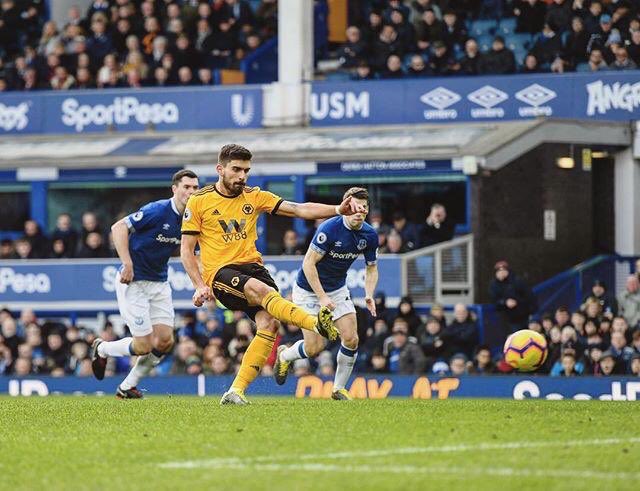 Joao Moutinho cost Wolves just €5.4 million when he arrived at Molineux from AS Monaco in the summer.
Moutinho is comfortable in possession and pick out a pass. The European Championship winner has managed seven assists this season, the same amount as Manchester City’s Bernardo Silva and Liverpool’s Mohammed Salah. It’s not just his attacking qualities that have helped Wolves this season, as Moutinho has made the fifth most amount of tackles in the premier league this season.

Raul Jimenez and Diogo Jota have been vital to Wolves’ success this season. Jota joined Wolves on loan from Atletico Madrid before the 2017/18 campaign and the move was made permanent for €14 million in the summer of 2018. Jimenez arrived on loan from SL Benfica at the beginning of this season.

Jota played on the left for Wolves last season and seemed to struggle. However, the change to two central strikers has reated a partnership between Jota and the Mexican marksman Jimenez that has flourished over the course of the campaign. The two look to press the midfield when Wolves are defending and link up well with quick passes. Jota’s pace and dribbling is enough to cause a handful alone and Jimenez has the finishing touch. Jimenez has hit the back of the net 12 times this season, joint 10 th on the leader board, more than the likes of Son Heung-Min of Tottenham and the same amount as Man United’s Romelu Lukaku. On the strike partnership that starts most games for Wolves, Espirito Santo said, “The more they are together, things come out.”

Its been an incredible return to the Premier League for Wolves, and their season could still get even better with a massive FA Cup semi-final against Watford on the horizon. No doubt Wolves will also look to add to the pack in the summer and with the help of Jorge Mendes, who knows what world class talent they can attract. Its certainly an exciting time to be a Wolves fan.