After seeing his top spot snatched just recently by Ronnie O’Sullivan, defending Champion, Mark Selby went into the China Open knowing that nothing less than victory would see him regain the prestige of world number one. However, the Jester from Leicester’s hopes were short lived. A shock first round exit at the hands of Craig Steadman, 6-3, proved to be the start of things to come.

Following on from Selby’s exit, the list of high calibre casualties continued to mount up. The biggest name on the on growing list arguably, the Ace in the Pack, Judd Trump. Many people feel that, this year he will triumph as World Champion, but this will prove to be a bit of a bump in an otherwise straight road to greatness. He was knocked out in a final frame decider against, Robbie Williams.

Joining the Englishmen in elimination, was the Welsh Wizard and current World Champion, Mark Williams. A well contested match between him and Ken Doherty, proved to be the end of the line for Williams as a 6-4 loss sent him home early.

The number of high profile exits really is staggering, John Higgins, the former World Champion is another man that will not want to hear about this tournament again for a while. He was outclassed by the ever-improving Joe O’Connor. While the emphasis will no doubt be on a poor performance from the Scot, O’Connor it has to be said, went about his business superbly. He looked very comfortable, against a man who will surely go down as one of the best to grace the sport. Although, O’Connor isn’t really one of the highest scoring players you’ll ever come across, he proved himself to be clinical in mopping up mistakes by Higgins. It was in the end a much deserved 6-2 victory for the 23-year-old.

World Championship semi-finalist, Barry Hawkins was beaten 6-5 by Lu Ning. Following on, Ding Junhui found himself out on his ear, James Wattana secured his fate with a solid display. Wattana claimed a 6-3 win.

It’s fair to say that even with some of those illustrious exits, the China Open will still provide a stage for some of Snooker’s finest talent to perform. With the crucible soon calling, it is a real good chance for players to build their momentum.

Coming off the back of a narrow defeat to the Rocket, O’Sullivan, in last month’s Tour Championship, Neil Robertson now finds himself instilled as favourite to claim the China Open. Other names to keep in mind would be that of, Stuart Bingham, Kyren Wilson, Jack Lisowski and more.

All three of the mentioned players came through their matches relatively comfortable. With just three frames lost between them, they shouldn’t be forgotten amongst the madness.

A star to be born?

The slip ups from some of the world’s best, may just provide the opportunity for a breakthrough star.

At just 23-years-old, the previously mentioned O’Connor showed his worth but who else should you be looking at that maybe you wouldn’t normally?

Playing in his own country, China, Ning certainly has the chance to be a national hero. He came into the tournament in some good form, prior to the China Open, he made it to the semi-final stage of the Gibraltar Open. Ranked just 74th in the World Ning has certainly shown he wants to be at the tournament and will look to progress further. At just 25-years-old there is certainly time for him to improve. He will face Mark King in the next round. King is a man who went into the China Open in woeful form, losing seven out of eight beforehand. 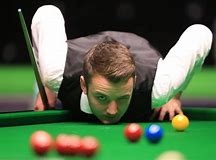 The man from Newcastle, may well not be one of the first names that comes to mind as a Snooker fan, but he certainly could catch your eye at the China Open. He was victorious against Ryan Day in the first round and has been in steady form as of late. However, if he can build a bit of consistency, he could prove to be a threat. Currently, he sits 94th in the world. Although, his highest ranking to date is 75th.

Another man representing his home country, China. Haotian is an outstanding talent in the world of Snooker. At just 21-years-old he finds himself ranked 31st in the world. He recently finished runner up at the Indian Open, his current best finish in a ranking event. At such a young age he also boasts a respectable 28 career centuries.

Who do you think will win the China Open?

View all posts by James Miller