The Manchester City midfielder, David Silva, has just announced his retirement from international football at 32 years of age. Silva has 125 appearances for Spain from 2006 to 2018’s World Cup, scoring 35 goals over the 12 years. 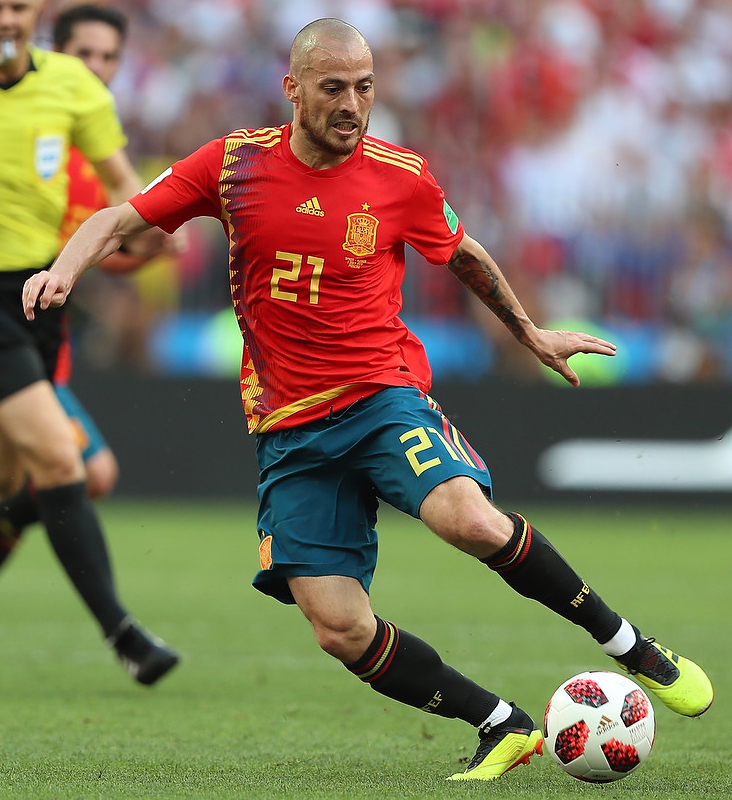 Spain have been blessed with world class midfielders over Silva’s international career, the likes of Andres Iniesta, Xavi and Xabi Alonso have been battling for the same places that Silva has been pushing for.

However, Silva has cemented his place at Manchester City and is now a much loved part of the club and considered part of the furniture in the English Premier League.

Manchester City signed Silva in 2010 from Valencia and instantly became a fan favourite in Manchester.

Over the 8 years in the top flight of English football Silva has clocked up 346 appearances, scoring 61 goals over all leagues and cup competitions and he is still playing.

In his time at the Citizens Silva has won the Premier League 3 times, the League Cup 3 times and the FA cup once.

Silva has been seen by many as one of the best and most gifted players that has graced the Premier League.

Liverpool legend Jamie Carragher has said that David Silva is Manchester City’s greatest ever player, ahead of Yaya Toure and Sergio Aguero.

The left-footed central midfielder has been hailed for his first touch and ability to find passes in tight situations. He has also been praised for his skills in pulling apart defences and setting up goal-scoring opportunities for his teammates.

Over all the years of playing in the Premier League Silva has 167 of his 249 games for City, scoring 48 and a very impressive 75 assists.

David Silva has made a very positive impression on the Premier League. Being admired by pundits, players and fans allover the country.

Do you think David Silva should be put into the Premier League Hall of Fame?