The footballing world is going through some big changes with the women’s game growing in popularity.

But do women have a place in the men’s game?

We saw Sian Massey-Ellis as a referee assistant in the Premier League and The Football League. She has had very positive feedback of the games she has done so far. Unfortunately, Massey-Ellis was the victim of some sexism controversy on 22nd January 2011 after only her second game as an official in The Premier League. Sky Sports staff were heard making sexist remarks about Massey-Ellis leading to Andy Gray and Richard Keys getting sacked, as well as reporter Andy Burton being suspended. This affected her career as she was pulled out of the next games she was to referee. She made her return on 5th February in a League 2 fixture and on the 12th February was back as an assistant referee in the Premier League.

Massey-Ellis has been given an MBE for her services to the sport and has been said to be a “great role model for any up-and-coming match official.” Said by ex-professional referee Mike Riley. 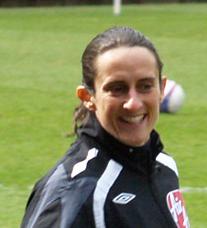 The first female to referee in The Football League, February 2010. She started in the Conference as a referee in 2004 and made her break into The Football League as an assistant in 2005. Fearn also came into sexist abuse during her career. In 2006, Luton Town manager, Mike Newell said “She shouldn’t be here. I know that sounds sexist but I am sexist. This is not park football, so what are women doing here?” Newell was fined and apologised to Fearn which she accepted.

In 2013, she became the first woman to referee an FA Cup game in the main draw.

BBC commentator, Vicki Sparks, was the first female to commentate live on a World Cup match. She was given the Portugal vs Morocco game on Wednesday in Moscow.

Women in Football – an organisation which promotes female representation in the sport – hailed her as a “history maker.”

History maker! Well done @vksparks who this afternoon became the FIRST EVER woman to commentate live on a #WorldCup… twitter.com/i/web/status/1…—
Women in Football (@WomeninFootball) June 20, 2018

Known for being the first female commentator on BBC’s Match of the day. She is one of ITV’s presenters for the World Cup.

England and Juventus player who has been given a pundit role at the World Cup for ITV. 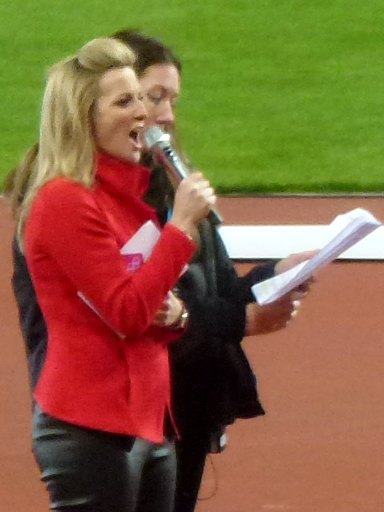 Former Welsh international gymnast is now a presenter for BBC and ITV. The BBC are using her as a reporter for the World Cup.

Arsenal player, in the studio as a pundit for BBC during the World Cup.

The men’s game are seeing that women definitely have their place in the men’s game. From being officials to commentating, reporting and punditry they are moving the game forward and making positive changes to allow the beautiful game to become the modern beautiful game.

Hopefully, more women will be inspired by the women above and get involved in the game.