The footballing world went through decades without the women’s game but it is now returning and set to be as popular as ever.

Manchester City are set to face Lyon in the Champions League semi-final second leg, Arsenal face Chelsea at Wembley in the FA cup final in front of a record 40,000 people and the previous World Cup in 2015 was televised showing that more people want to watch women’s football.

Manchester City and Chelsea are leading the way with there ladies teams and developing young female players for the future.

Furthermore, the England team is now being linked with big names in the football world with Phil Neville taking the manager role with the team.

Women’s football in England has a long history of popularity, in 1920 on Boxing day 52,000 people packed into Goodison Park to watch Saint Helen’s women against Dick Kerr’s ladies. 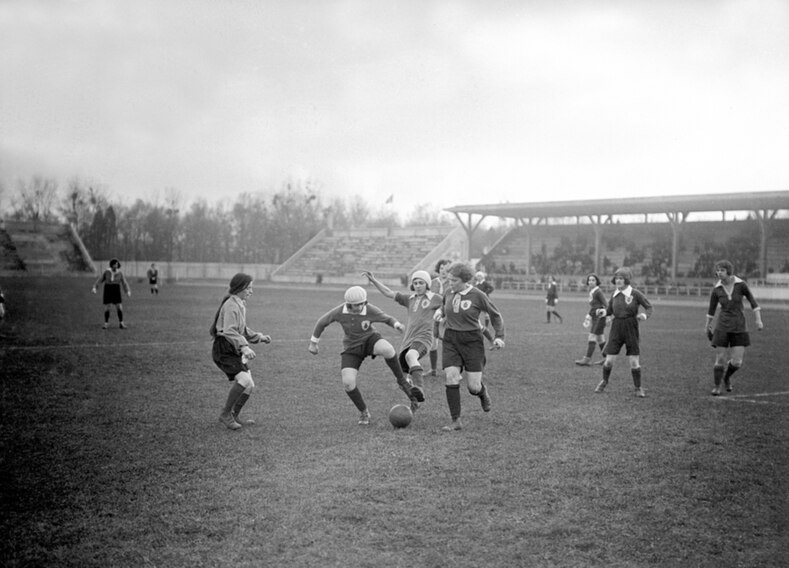 1920 also saw the famous Dick Kerr’s ladies of Preston face France in the first International game with a crowd of 25,000.

A year later and women’s football being played in affiliated grounds was banned by the FA with them saying “…the game of football is quite unsuitable for females and ought not to be encouraged.”

In 1969 the Women’s Football Association was formed with instant popularity as 44 member clubs and 2 years later the FA lifted the ban after 50 years.

The game grew in popularity ever since with more and more teams creating female development teams to feed into their ladies first teams.

In 2016 England players Steph Houghton and Fara Williams were both awarded MBEs in the New Years Honours List.

After years of hardship Women’s football is due to get even more popular with the sporting world.

Why do you think Women’s football will get more popular?